Transport yourself, if you will, to the mists of the early 60s, and an evening in front of the club. It’s no exaggeration to say that during this era, few television personalities had quite the persona of Fanny Cradock. There she stood, queen of the kitchen, her husband Johnnie, an eternal but humorous sidekick, dispensing advice and recipes to a devoted audience.

She was part high-society hostess in a glamorous ballgown, part public information film, explaining how viewers could whip up elegant dishes at a price that, to quote her catchphrase, “won’t stretch your door- change”.

The woman born Phyllis Pechey in 1909 made 24 series of cooking shows for the BBC between 1955 and 1975; a true institution of its time. But before she was the nation’s rolling pin matriarch, she was present in these very pages, writing the ‘Bon Viveur’ column for the Daily Telegraph from 1950 to 1955.

It was a weekly article, also filled with advice on how to eat well but inexpensively in the post-war years. And sometimes it was off topic. Nowhere more, perhaps, than in the three missives she wrote precisely 70 years ago – in December 1952 – from the Austrian Tyrol.

It would have been quite an adventure to go out in the alpine snow. It would certainly have been adventurous to fly – as the Cradocks did – in a Munich still wearing a ring of rubble less than eight years after the first day of victory. She would say the same in her longer account of the route, published as a short book (“Holidays in the Austrian Tyrol”) the following year, recounting a transfer by taxi to “the town which was once the pride of the Bavaria”.

There was, she continued, “endless sadness, whatever your national loyalties, at the sight of so much ruin, whether in Coventry or in this historic 12th-century city, which has so rightly been named (in the past) the biggest ‘little village’ in the world.

From Munich the Cradocks rode south by rail, down, across the border and into Austria. Fanny’s wonder at their odyssey is there in the lyrical opening of her first dispatch back to London, published on December 12. “In the pine-scented darkness, our electric train crawled like a cautious glowworm, along the mountain to the Tyrolean capital.”

She was there, nominally, for winter sports. But this mistress of the meals was not as sure of herself on the slopes as at the corner of the stove. “Uncomfortable riveted to two expensive slats, I made my first ski slope,” she wrote in her second column, printed on December 18. By this point, the Cradocks had traveled 18 miles south, along the Brenner Pass, to Steinach am Brenner.

Alas, Fanny was not a gifted skier. After a fall, she was – she confessed – “harshly picked up from a snowdrift by my heels”. She may have regretted being so candid with her weekly readers. The Steinach section of his book makes no mention of the misadventures on the slopes, preferring to praise the beauty of the Tannenhof Gardens – which, “in winter, attract crowds of young people, to skate to gramophone music”.

She was on much safer footing when writing about food; a subject on which, perhaps unsurprisingly, she returned several times in her columns. In Innsbruck, the Cradocks ate well, and copiously, at the Gasthof Hellensteiner. “Here, in ski gear, we feasted on fried mushrooms and tartar sauce, veal chops with parmesan and an Apfelstrudel that looked nothing like the Anglicized version,” she says effusively ( perhaps because the dinner was accompanied by a “distinctive gewürztraminer”. ”).

Despite such culinary comfort, the couple wanders out of town; not only in Steinach and its close neighbor Gries am Brenner, but also in more famous seaside resorts further afield. With that, that edge of adventure returned in Fanny’s words, as she explored a region and a season that, though firmly fixed on Britain’s 21st century travel radar, would have seemed both far off the beaten path. and the general public holiday experience in 1952. “These villages are the favorites of the Tyrolean skier, who zips from the heights at 90 kilometers per hour… [but] are still little known abroad,” she explained.

Of course, alpine skiing was not so offbeat that the “Bon Viveur” knew nothing of the most stylish hotspots in Tyrol. After stopping at Ehrwald and Lermoos (40 miles northwest of Innsbruck; see below), the Cradocks scurried off to St Anton, already aware of its posh reputation. “Curious about trendy seaside resorts, we got off the train in St Anton am Arlberg, to the jingling of sleigh bells and a whimsy of gingerbread houses,” she reflected.

Her third column (December 31), meanwhile, found Fanny enjoying life in Kitzbühel and Seefeld. In the first, she was captivated by the general air of glamour, praising the “Monte Carlo of Tyrol”, where “the après-ski entertainment lasts until dawn at the casino”. In the latter, his gaze had returned to the landscape. “We climbed Seefeld as dusk scrawled charcoal peaks on the horizon,” she whispered, overwhelmed by the beauty of the Wetterstein and Karwendel ranges.

Yet she wasn’t so distracted that she abandoned a familiar theme: value for money. And in Seefeld, she was the most strident. The final paragraphs of his third column are devoted to his attempts to bully the various hoteliers at the resort into offering discounted rates to Telegraph readers – “in your good rooms, not your cheapest”. She emerged triumphant from ‘negotiations’, announcing an 11-night package at the Karwendelhof Hotel – ‘covering room, meals, gratuities, taxes and luggage to and from the station’ – for £15 3s 6 d. “Seefeld is for connoisseurs,” she said, with a final gasp. “You!”

The price quoted is a reminder that the Cradocks’ journey is a distant story; £15 3s 6d works out to around £578, adjusted to the present day, far less than you would expect to pay for a fortnight in the Alps in 2022. But then so do almost all the figures listed in the three columns. The multi-course feast in Innsbruck came to 14s 2d pp, with wine (about £27 pp now). And the talk of six-day ski lessons in Gries for 26s 6d (just over £50 today) is as evocative of another world and another century as Fanny’s references to transit visas Germans – and invoices paid in deutschmarks or schillings.

But while the costs are much higher and seven decades have passed, many elements of the Cradock getaway still exist here and now. Indeed, there would have been more had it not been for the pandemic. The Grand Hotel Europa in Innsbruck – acclaimed by Fanny as “the luxurious Europa Hotel, with exquisite rooms” – went bankrupt in 2020 as Covid brought down an institution which opened in 1869.

Other places have proven to be rather more durable. And if you feel like hiking in the cautious alpine footsteps of “Bon Viveur” this season (if not in its exasperated ski slopes in the snowdrift cold of the Brenner Pass), you can do so via one of the next three vacations.

“Beneath the pine eaves, the white face hides a lovely pattern of bright furnishings, warmth, sound equipment and bar dancing,” wrote “Bon Viveur” of the Arlberg Hotel she inspected. in 1952. Seven decades later, this distinguished four-star (hotelarlberg.com) remains a key lodging option in a ski resort (stantonamarlberg.com) whose prestige is just as flashy. A seven-night half-board stay at the property, departing Manchester on March 3, costs from £2,944 pp, via Inghams (01483 791111; inghams.co.uk).

In 1952’s Kitzbühel (kitzbuehel.com), Fanny was drawn to Reisch, “a famous confectioner” where she and Johnnie ended their evening “munching on hazelnut croissants from Mandelbogen [a marzipan-heavy sweet treat], and drink cups of chocolate with whipped cream”. Here, in the 21st century, this well-regarded local brand has developed into Das Reisch (0043 53 5663 3660; dasreisch.com), a four-star hotel that still has a gourmet feel (an excellent in-house restaurant), as well as spacious rooms rooms and suites. A one-week stay, check-in March 4, costs from €612 pp, excluding flights.

Just like in 1952, Lemoos is one of the smaller ski resorts in Tyrol (although it is now part of the larger Zugspitz Arena; zugspitzarena.com). Fanny Cradock was impressed by the Hotel Post, with its “sun terrace overlooking the new skating rink. It has an elegant lounge, as well as standard comfort, for 23s 6d a day. This description is about valid, even if the price (the equivalent of £44 per night) does not. A seven-night stay at a property whose modern incarnation has a large spa (0043 56 732 2810; post-lermoos.at), check-in February 5, will set you back from €1,971 pp – excluding flights .

Do you remember the chronicles of Fanny Cradock? Or do you have your own stories on the slopes at the same time? Share them in the comments below. 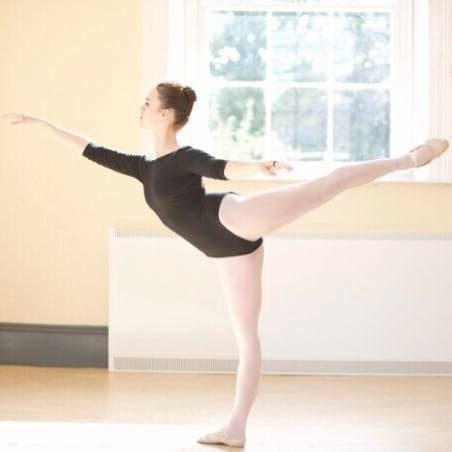 I ticked off one of Europe’s most intriguing and lesser known capitals, and still had £200 change

Why India is obsessed with the mountains of Switzerland