The Nature Conservancy announced the winners of its annual photo contest on September 29.

This year’s winning photos showcase the great diversity of life and landscapes on Earth.

Photographer Li Ping won the Grand Prize, using a drone to capture this photo of a highway crossing tree-like ravines in Tibet.

Other photos capture animals in the wild, like this pair of lions rubbing their heads. The one on the right is clearly older than the lion on the left.

These eagles were also fighting – for a piece of salmon, according to the photographer.

This elephant seal had to fight off a striated caracara that was trying to attack her calf.

Another photo shows workers at the Ol Pejeta Conservancy in Kenya rushing to treat an injured elephant calf, while sedding its mother so they can do so safely.

Animals aren’t the only ones who can be dramatic. Lightning hit this mountain at the right time.

A blanket of fog has given a strange glow to this mangrove tree in Lamongan, East Java.

The fog also made this scene peaceful, as the mist thinned over a glassy lake and distant snow-covered trees.

The fireflies in Japan create contrast, standing out as bright yellow circles of light against the dark forest.

Another splash of bright color, in another forest, comes from the bioluminescent Omphalotus Nidiformis, nicknamed “ghost mushrooms”.

Other photos capture the impact of man on nature, like this factory built on the edge of a beach in Greece.

Humans have also changed the landscape with sewage ponds like these.

A more colorful sign of human presence are these pink lagoons near a salt mine.

A scorch scar, filled with charred trees, lies in the wake of the Dixie Fire – California’s largest blaze.

Farther north along the Oregon Coast, fog pours into a natural hole in the rock known as the Pacific Gutter.

These dragon’s blood trees only grow in the highlands of the island of Socotra in the Indian Ocean.

Editor’s note: This story was originally published on November 19, 2022.

The medieval ship is “the largest 3D puzzle in the world” 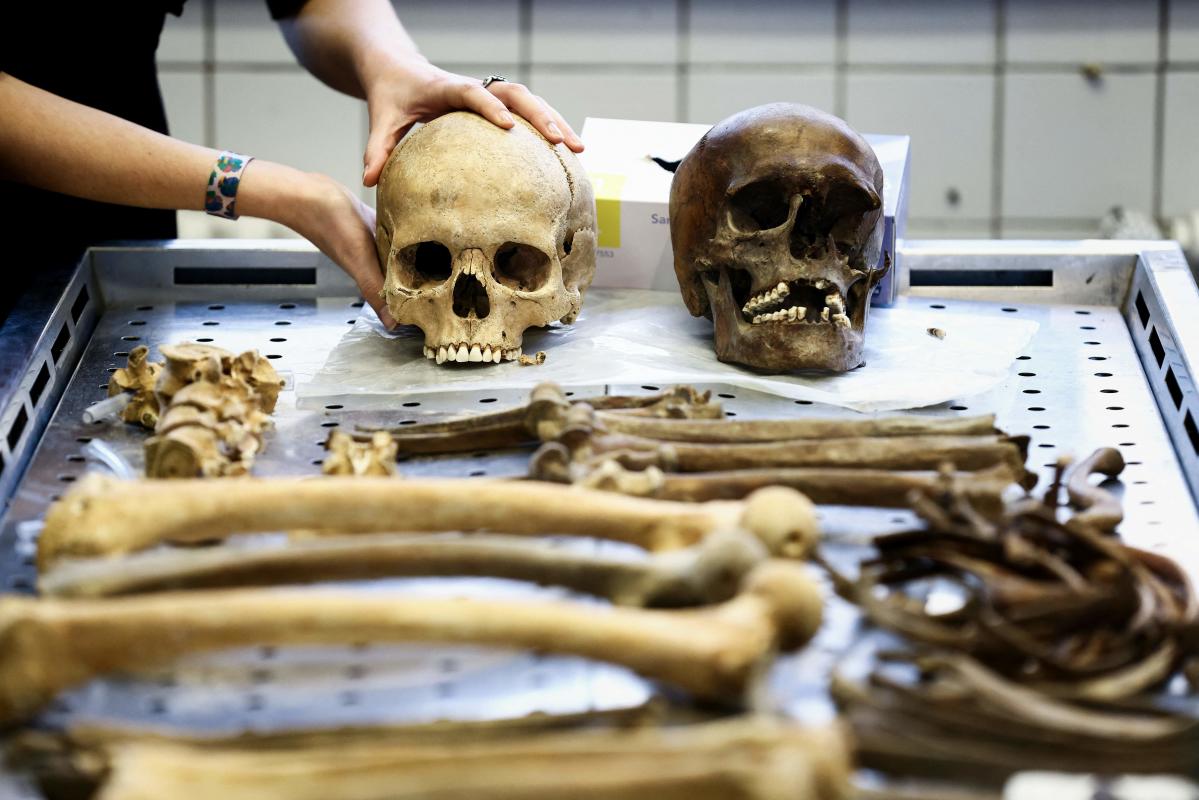 More than 200 years after Waterloo, the bones of the soldiers killed remain a mystery